How to sync your local git and remote git repository changes? 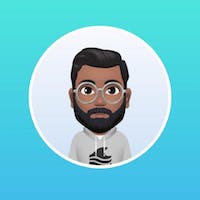 Subscribe to my newsletter and never miss my upcoming articles

Today we will focus on how we can synchronize our GitHub local repository master with an upstream repository branch of the GitHub project. Now, you might think what is an upstream branch, Upstream branches define the branch tracked on the remote repository by your local remote branch (also called the remote-tracking branch), the below figure will help ya'll understand. 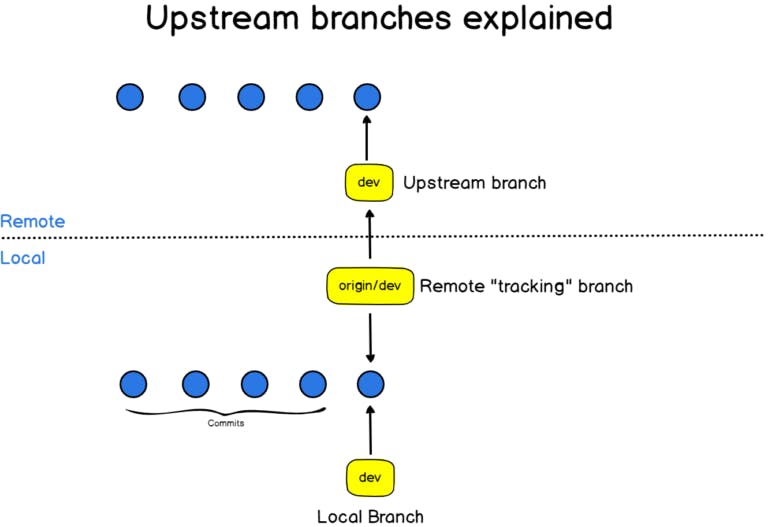 So, Why do we need this process to be done?

This is very much necessary if you are working in a team and the teammates are working on different aspects of the project and you yourselves are working on something, Certain files will differ in both repositories as there are many other developers are merging the code upstream and your branch will not have that changes unless you sync the repository with the current upstream, so you might need to keep up with their code changes as well, this is called syncing your changes with your local and remote repo.

If you don't, this will cause conflicts while you raise a PULL REQUEST.

Now, let me walk you through how to sync your changes with other changes by other developers. Here I have the taken example of the Opencart GitHub project. First, change your working directory to the file location where you want to clone the project with the command.

STEP 1: Clone your project with the command.

STEP 2: List the current configured remote repository for your fork.

This will list your forked repository response will be as below :

Now you cross-check that the new upstream repository created for your forked repo. To do this run the same command again as below.

Now it will show the response as below and it will also include your upstream repository from your master project.

STEP 3: Make your origin repository the same as your upstream repository.

Run the commands as mentioned below.

This command will respond by fetching the content from the upstream for your Master repo. All the new branches and files, contents will the fetched from the upstream repository. And the response for the command as below.

And run the command. 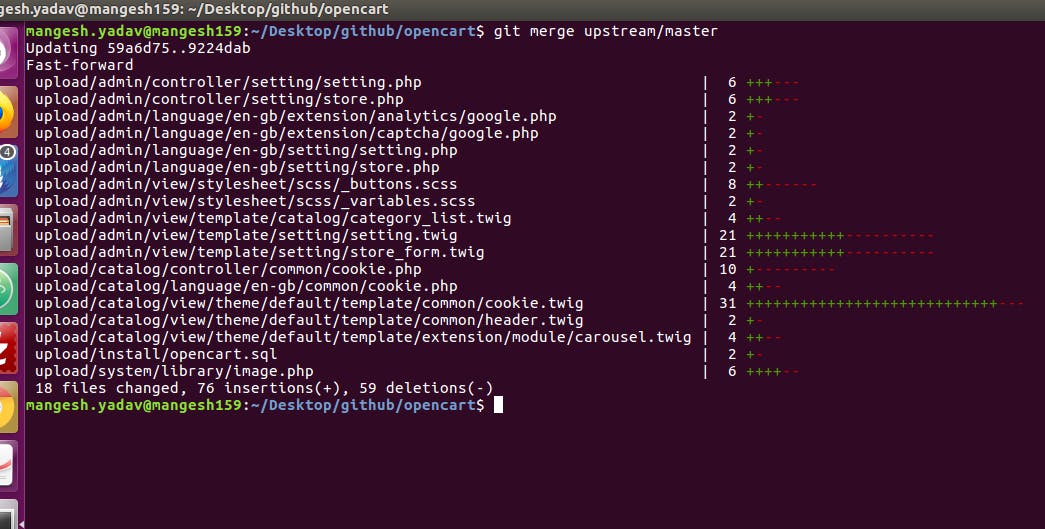 And That's it, If you have any queries let me know in the comments and it would be great if you leave a reaction as well